5 No-Cost Steps to Begin Your Journey as a Writer: Part Two 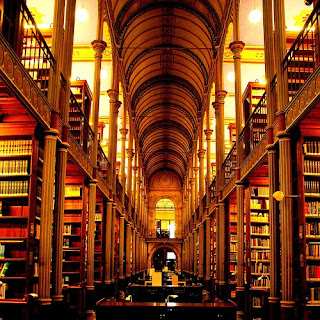 Bo Madsen
Hopefully after reading Part One of this series, you've been feeling your little notebooks calling to you from every direction.  Maybe you've been responding the call to write-doesn't it feel good?! And maybe, you still feel inhibited.  If you do, get over it.  Writers, real writers, are a brave bunch.  If you really want to write, put the pen to the paper and just write.  As long as you are writing, you are a writer.  And don't let anyone tell you otherwise. The act of writing itself is both the easiest and the hardest part about being a writer.  But only when you've censored, (okay, who am I kidding?) when you've learned to quell the pernicious voice in your head telling you that you're a loser, you've got nothing to say and even if you did, nobody, not a single one of the 6.8 billion people on this planet wants to hear it, only then will you be able to continue your journey uninhibited.

Writing consistently is the one and only way you will learn to ignore these comments and quell that voice of treason; a skill which, of course, will come in very handy later when agents and publishers tell you the same thing with their polite pass.


So off we go to step Two.  You're writing, you're in the groove, you've become steadily addicted to writing every thought and whimsy down, you've even had dozens of "Shut up." / "No, you shut up." conversations in your head. Now is the time to lay down the foundation of ensuring that your writing is not going to be crap.  The one and only way to do this is to read.  NO, not the damn how-to-write books, throw those away! Okay, wait, don't throw them away, just put them aside for a while.  Our only chance of learning to write anything of quality is by reading the Masters.


Go to your local public library.  Check out the classics and immerse yourself in Literature.  Read the authors you respect, and then read the authors they respect.  Scatter these great works around your home and pick at them constantly.  If a work speaks to you, read it aloud; read it twice, three times, four times, write your favorite passages down.  Always remember, Literature is art; just because it is respected and admired, it doesn't mean every piece will speak to you, so start with a broad range and soon, you will have favorites.  Spend time with those favorites. Lots of time.


When I discovered Chekhov, I would get giddy towards night-time.  I found myself retiring to bed earlier than usual, skipping the news to spend time with his short stories.  I joked that I was having an affair with a Russian man who had been dead for 100 years! The memory of this whirlwind love affair still brings a smile to my face.  Treasure your firsts.  This is Step 2, yet it's a step that throughout our journey as writers, never truly ends.


Here are some suggested Masters and authors who they respect:

This is a great starter list, you can print it out and take it to your local library and see what treasures await you-Happy reading my friends, but don't forget to write down your thoughts and inspirations!

Oh, and here's a picture of my Russian hottie - mind you, I fell for his stories not his looks, but still...

Anton Chekhov
Now I'd love to hear from you:

Who are some of your favorite Literary Masters?  Have you fallen in love yet? Who else belongs on this list?
at 9:24 PM