I recently had the opportunity to meet Angela Perkins in Los Angeles while I was covering the world of screenwriting for Musings. In the midst of a sometimes cold and stand-offish industry, Angela's warmth, intelligence and sense of humor was a breath of fresh air. I was thrilled when she agreed to be interviewed for Musings and share with us a little about her experiences as a screenwriter. 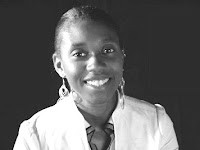