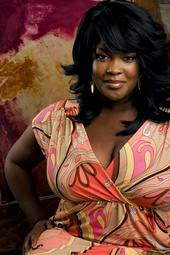 Sonya Renee
Poet, performance artist, and activist Sonya Renee has spent the last six years transforming Slam poetry with a powerful voice deeply rooted in social activism.  After her super-star ascent into the spoken word circuit in 2004 only four months after she wrote and performed her first poem, she became the National Poetry Slam Champion.  That same year, Sonya Renee performed to over 1 million spectators at a Woman's Lives Rally in the nation's capital alongside then-sentator Hillary Rodham Clinton.  Since then, Sonya Renee has gone on to rank at the top of every major National and International poetry slam.  Her work has appeared in several publications, has been translated into Dutch and German, and is being used for educational curriculums.
Sonya Renee's first poetry collection, A Little Truth on Your Shirt,  which features some of her popular spokenword poetry as well as new written work will be released on May 5 of 2010 by GirlChild Press.  The collection is available for pre-order now.  All pre-ordered books come autographed and at a $5 discount so order your copy today!
I recently had the opportunity to interview the lovely and powerful Sonya Renee.  In Part One of the interview, Sonya shares how she entered the world of Spoken Word poetry and her experiences as a newcomer to the scene.
Enjoy!
at 10:12 AM