The W.A.R. in Literature: Writers Against Racism Guest Post by Amy Bowllan 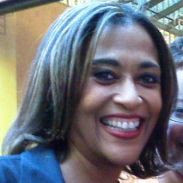 Amy Bowllan is a mom, an author, a book lover and an activist.  She began her career as a Television Investigative Producer and Reporter for WCBS-TV NY and KNXV in Phoenix, AZ.  She has received two Emmy awards for her work in Broadcast Journalism as well as several Associated Press awards.
Bowllan has been a teacher (grades K-12) for 12-years and has also hosted “Internet in Action” for PBS.
She is currently the Director of Diversity and Educational Technology at The Hewitt School in NYC and is responsible for integrating technological resources into staff and student's day-to-day programs.
Bowllan is the author of the children’s e-book: The Land of Crayons.
I met Amy Bowllan through her wonderful blog at School Library Journal where I first learned about the project W.A.R. (Writers Against Racism).
The following is a guest post by Amy Bowllan, where she explains to me about the W.A.R. project, how it began and why it's so important.  Amy is someone who by virtue of her friendship, and introducing me to her work, has truly changed my life.  Thank you so much, Amy!
After the post I've included some links where you can stay in touch with Amy.  I hope you'll give her your support and join the movement!
Why a W.A.R.? Why Now?
by Amy Bowllan
Writers Against Racism (W.A.R.) began in the summer of 2009 and was the direct result of the missions of two very dedicated and passionate authors--Dr. Zetta Elliott and Dr. George E. Stanley - both authors and educators -who helped to spearhead the movement via their respective fields of expertise, and have been vocal about erasing racism long before I came along.

Writers Against Racism (W.A.R.), a term that George coined, in a letter he wrote to Attorney General Holder started the movement.


"I wish the Department of Justice and the Department of Education would call a conference in Washington, D.C., to bring together writers who have written children and young adult novels that deal with racism." -George E, Stanley

Reviewing NIGHT FIRES, and interviewing author and educator George E. Stanley became my eye-opener moment-to-the-world; a world that was always around me, but that I didn't always see.

Nilki, NIGHT FIRES was so powerful, in that it forced me to analyze the Ku Klux Klan in new and different ways. It unveiled the eyes I purposely kept closed for so long because of the hatred in the eyes of the KKK members in books. I never wanted to look or read into the eyes of hate, but quickly I started to realize that their world was far more complicated than I had been taught in schools.  So it was an epiphany of sorts and it really got me thinking, as did the comments that came in regarding why certain works were not showing up in schools and on reading lists.

Amy, your interview with author George Edward is riveting & thought-provoking. Amen to Edward's comment that we "can't tiptoe around issues and accomplish anything. As I said earlier, I think we make a terrible mistake as educators by not tackling this problem head on." Part of what feeds this is our collective timidity in selecting literature for the classroom, even with young adults. Textbook publishers, parents, school districts, all of us get caught up in not wanting to offend, but if I understand Edward correctly, this inclination to avoid offense through silence has an ironic outcome, because it allows injustices to flourish without a word to the contrary.

After that interview with Dr. Stanley, Dr. Zetta Elliott (an author, educator, and a blogger) came to Bowllan's Blog and exposed me to yet another world that, as an African American woman, journalist, writer, educator, and mother, I should have been privy to. This was the world of authors of color! Their books, too, were not making their way into the schools, OR the K-12 reading lists. For example, my son's reading list last summer was devoid of any authors of color, with the exception of Maya Angelou. I only looked after my correspondences with Zetta and was stunned to learn that this was happening nationwide.

So on one side you have issues of diversity not being addressed in schools, [exclusion of] the 8 social identifiers.  And on the other side, you have authors of color, whose books are addressing and building awareness about these issues, not making their way into the hands of students. I know it's not a conspiracy, but it's an important issue that needs immediate attention.

So what do you do?

Well,  I've been a blogger for School Library Journal for 5 years and it didn't dawn on me that the majority of the books I reviewed were that of white authors. And don't get me wrong, I stand behind all of the authors I interviewed, but I, too, had to self-examine my own shortcomings. And the fact that it never dawned on me until last summer, was a hard pill to swallow. Dr. Elliott and her esteemed group of writers, shared their stories with me, and educated me as to the issues involved. The W.A.R movement came as a result of shared stories from writers of ALL backgrounds - and I mean ALL. Old, young, black, white, native, latino, gay, straight, rich, poor, disabled - we want everyone to have a seat at the table - so to speak.

Nilki, when I was growing up, we read what was on the reading list, and that same reading list still exists today. But what I learned over the past year is that there's more! And we owe our young people to share the stories from diverse groups of authors who have diverse experiences.

Nigerian author Chimamanda Adichie, broaches this topic in a TED Talk, The Danger of a Single Story

"...The problem with stereotypes is not that they are untrue...but they are incomplete." and "The consequence of the single story is this...it robs people of dignity." -Chimamana Adichie

I encourage everyone to view this video. It's a world of an education in 18-minutes.
Nilki,  Adichie's experiences kept driving me to W.A.R., as did interviewing the late Virginia Hamilton's husband, Arnold Adoff, who shared Virginia's Speeches, Essays & Conversations with me.

"Virginia's books were manuals of survival...for young African American readers as well as for kids of all races and places....(gender and geography are forever intertwined with race and generation....)" -Arnold Adoff
Virginia authored great works:
The House of Dies Drear
Zeely
and
M.C. Higgins, the Great
"I would think teachers would want to make use of stories having to do with black culture, specific tribes of The People, Spanish Culture -- not as supplements to the body of offerings in American literature, but as tributaries feeding into and increasing and strengthening the body." (from Hamilton's essay Nonwhite Literature As American Literature: A Proposal for Cultural Democracy)
I credit Hamilton as being one of the original pioneers in the W.A.R. movement. She, Zetta, and George have been doing this way before I came onto the scene. I am now an ambassador and have devoted my blog to shining a light erasing racism through literature, learning, and literacy.
Zetta, whose questions and contacts truly got the ball rolling, was able to maneuver authors from all racial backgrounds to participate. My role was to help Zetta facilitate the interviews, and when I realized how important this was to the future of education, I decided to devote my blog to the cause.

But it was George's letter to Attorney General Holder urging him to consider a national discussion, and Zetta's e-mail blast to authors, asking them to answer the prompts, which sparked the W.A.R. movement and which will continue for as long as I am blogging for School Library Journal.
I encourage authors to share their stories by answering the three questions initially posed by Dr. Elliott, and with her permission, I will continue to ask on my blog--so ALL are welcome to submit their answers!
Briefly describe the impact racism had on you as a young person.

Has your personal experience of racism impacted your professional work as a writer/educator?

In what way can literature be used to combat the effects of racism and promote tolerance?
There are phenomenal authors from all over the world and this is just ONE avenue for them to consider.

Where do we go from here?

My son's reading list is a great starting point. There were NO authors of color on his list, so one goal is to challenge parents to review their child's reading list, yearly, to check and make sure it is inclusive, and from a 21st century paradigm.

Next, I will be speaking at the National Diversity in Libraries Conference at Princeton University this summer, along with other W.A.R. participants on the panel "Claiming the Center:  Online Community, Activism, and Advocacy". The conference panel will help to further the mission of W.A.R., as well as provide anecdotes and best practices for teachers, librarians and parents to follow for the future of our children.

What are you doing to improve your professional online presence? Are you blogging? Tweeting? Through the creation of blogs, wikis and websites individual members of marginalized groups are using the Internet to connect and mobilize with readers, writers, educators and other literacy advocates around the country/globe. Meet the members of our community, learn about the resources we share and the work we do to promote authors of color, provide book reviews, debate issues and rally together in dynamic projects such as Writers Against Racism (W.A.R.). Witness how our individual interests have grown into community platforms.
That's the story, Nilki, and it's a story that can't be told unless the authors come forward [and participate].
*********
You can stay in touch with Amy Bowllan by visiting her blog or finding her on twitter
In the meantime, I'd love to hear how you answer the questions of W.A.R.
Please leave a comment and I'll forward them to Amy! Here they are again:
Briefly describe the impact racism had on you as a young person.

Has your personal experience of racism impacted your professional work as a writer/educator?

In what way can literature be used to combat the effects of racism and promote tolerance?