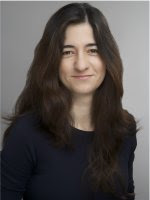 I'm thrilled to share with you this Q&A with award-winning filmmaker and author Frances Negrón-Muntaner, which, due to her incredibly busy schedule, has been a long-time coming.  I am eternally grateful to you, Frances, for having scraped the few spare moments you had together in order to answer these questions!

From Negrón-Muntaner's website:
Frances Negrón-Muntaner is an award-winning filmmaker, writer, and scholar. Born in Puerto Rico to a family of academics, Negrón-Muntaner’s work spans several fields, including cinema, literature, cultural criticism, and politics. Her education anticipates these various interests: She obtained a Bachelor’s in sociology at the University of Puerto Rico (1986), then a Masters in film and anthropology at Temple University, Philadelphia (1991, 1994), and a Ph.D. in Comparative Literature from Rutgers University, New Brunswick (2000). For her work as a scholar and filmmaker, Negrón-Muntaner has received Ford, Truman, Scripps Howard, Rockefeller, and Pew fellowships. Major foundations and public television funding sources have also supported her work.
Since the late 1980s, Negrón-Muntaner’s work has been considered an important resource in addressing sexuality, colonialism, nationalism, and migration in Puerto Rican/Latino diasporic communities. In 1994, she released the award-winning film Brincando el charco: Portrait of a Puerto Rican (1995 Whitney Biennial, Audience Award at the 1995 San Juan CinemaFest and a Merit Selection at the 1995 Latin American Studies Association Film Festival), the first Puerto Rican film to examine issues of race, gender and homophobia in the context of migration. Three years later, Negrón-Muntaner co-edited the groundbreaking Puerto Rican Jam: Rethinking Colonialism and Nationalism, a collection that questioned the accepted formula that nationalism was the cure of colonialism. During the same year, she wrote the first draft of what was to become “The Radical Statehood Manifesto,” a political intervention that sought to challenge conventional ideas of sovereignty in the Caribbean. In 2004, Negrón-Muntaner published Boricua Pop: Puerto Ricans and the Latinization of American Culture (CHOICE Award 2004), a collection of essays that included “Jennifer’s Butt,” a landmark text for the discussion of contemporary U.S. popular culture.
Negrón-Muntaner has also contributed to the founding of programs and institutions to disseminate the work of Latino filmmakers and intellectuals. She is the founder of Miami Light Project's Filmmakers Workshop, the organizer/fundraiser of several conferences on Puerto Rican/Latino affairs, and a founding board member and former chair of NALIP, the National Association of Latino Independent Producers.
During her three-year tenure as NALIP's board chair, Negrón-Muntaner actively participated in the creation of the organization’s signature programs (the annual conference, Latino Producers Academy, and Latino Writers Lab). She has also been part of the leadership responsible for the organization’s transformation from a startup operation with a few hundred members in 1999 into the country’s most important Latino producer organization, with over a thousand members and a $1 million budget. For her work as a filmmaker, advocate, and scholar, she was named as one of the nation’s "100 Most influential Latinos" by Hispanic Business in 2005.
Negrón-Muntaner currently teaches at Columbia University's Department of English and Comparative Literature and at the Center for the Study of Ethnicity and Race. She divides her time between Miami and New York City.

*********
NB: What are the different approaches you take to write your prose, poetry and narrative work?  Do you step into a different persona for each, do they reflect different parts of your personality? Do you have different writing habits for each?

FN-M: Yes, I think different media touch different parts of me. My most successful poetry and prose are concerned with what we can call the insides of me. My essays and films, however, tend to be about broader social themes. Over time, I have also developed different rhythms.  When I started writing, for instance, I would write poetry every day and occasionally write essays. Now I write essays almost every day and poetry on occasion.

NB: How do you know when your poetry is ready to go out into the world? Do you rely on critiques? If so, do you rely on the same set of eyes/ears, or do your reviewers change from work to work?

FN-M: First I read the poem out loud. If it stirs me in an interesting way, I have my partner read it. I consider her a great reader because she can actually pinpoint when the poem lost her. So, I focus on what made her stop reading and I go back to that place in the text. Once I have another version I ask my partner to read it again. She then usually says that the text is perfect but I don't always believe her!

In time, I realized that this was the case because when I ask others to read my work, I am not asking for approval. Rather, I am hoping to discover new ways to tackle my own insatisfaction.

NB: What is your process for working with an editor? Is it a close relationship? Is it the same for writing and film-making?

FN-M: In contrast to almost everyone I know, I like to work closely with tough print editors that literally mess with my work. For example, it is helpful to me when an editor changes a word or a paragraph even if I end up returning to my initial phrasing. This unsettling allows me to read the text with fresh eyes and at times makes me a more articulate defender of my choices. But finding these editors is extremely hard as many people increasingly feel that writing does not require that kind of dialogue.

My relationship with film editors can be more combative. With film I immediately know how I feel about a sequence and why it may not be working. At that point, it doesn't really matter what editors say! Although, at the end, the final film is almost always the result of a much closer collaboration than when I work on a book.

NB: Do you ever listen to your gut and ignore editorial suggestions?
FN-M: All the time. When writing in English, sometimes an editor will tell me that a turn of phrase is not written in the English language. Similarly, a Spanish-language editor will correct a word saying it's not proper Spanish. I sometimes ignore this.

NB: How is the process of film-making different or similar to writing?  Does it have elements of each, poetry, prose and narrative?  Or is it a beast all it's own?

FN-M: Writing is like fighting demons on your own and filmmaking is like leading a battalion into war.

NB: Which language do you work most comfortably in? English or Spanish?  How do you determine which language you will work in?

FN-M: Context, circumstances, and desire; it all depends on who is asking and whom I would like to address.

NB: What are your thoughts on rejections, negative feedback? How do you handle it?

I was asked this once before and I had answered: "When I receive any harsh critique I am like a village hit by a hurricane: Devastation, reconstruction and renewal." Now I do not really see criticism as devastating. It is more of an opportunity to think otherwise.

NB: Looking back, what do you think was the biggest mistake you made when you were starting out as a writer?

FN-M: To believe that writing is about my self-expression. It's really about enabling others.

NB: What words of advice do you wish you had received when you were first starting out?

Fn-M: To see differently is more important than to write perfectly. Although I don't think that I would have listened.